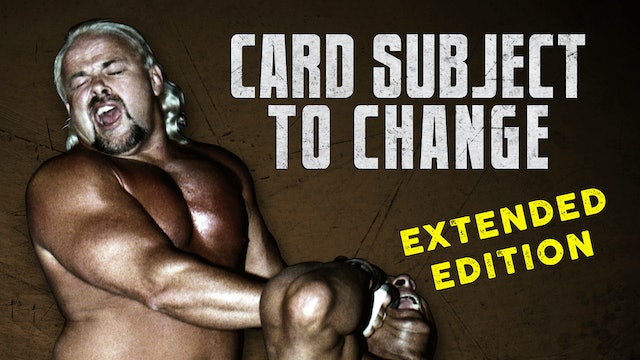 CARD SUBJECT TO CHANGE: PRO WRESTLING'S UNDERGROUND takes you deep inside the underground world of professional wrestling. This compelling film follows several wrestlers as they make their way through the local VFW halls, high school gyms and Elks' lodges grinding it out on the independent circuit where the payouts can range from $5 - $20 per match. Some do it for the love of the sport, others desperate to make it big; it is both heart-pounding and heart-wrenching. Tim Disbrow makes his directorial debut as he documents the circuit's legends, including: Kevin Sullivan, Michael "Trent Acid" Verdi, Rhett Titus, Sabu, Kamala and Necro Butcher, who also made an appearance in the critically-acclaimed film, The Wrestler. 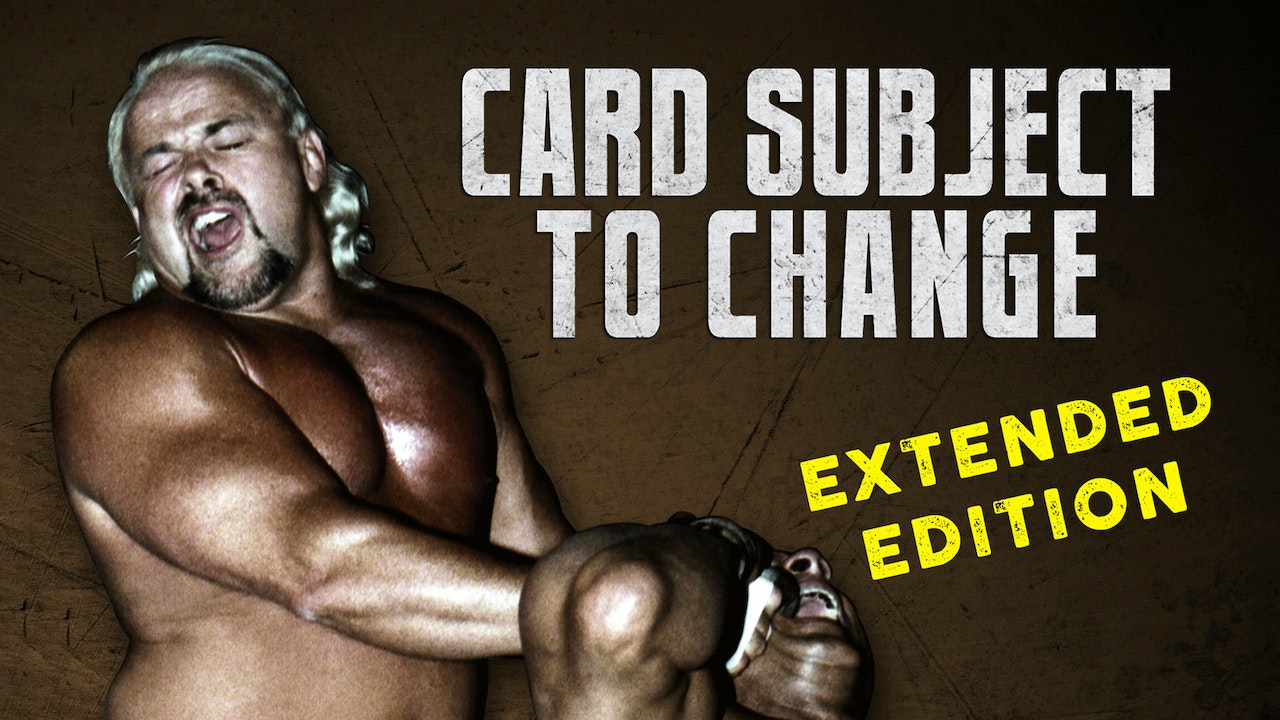